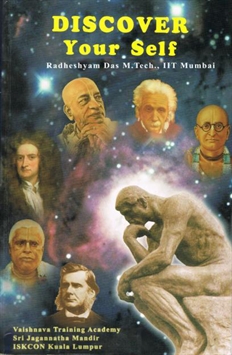 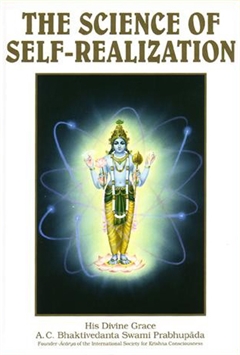 One of the most asked questions in ones adulthood could be “Who am I?” Many, at the cross-roads of ones life, in order to find ones identity and the purpose of life, sincerely seeks for the ultimate goal of life. One could call that moment of searching as the beginning of ‘self-realisation’. In Vedanta Sutra the technical term for that is ‘Athato Brahma Jigyasa’ – ‘Now one must enquire about the purpose of life!’

Actually, human life is meant for making enquiry or being inquisitive about ones existence. After getting the right direction then one is to progress intellectually and practically to achieve a mind set which fulfils the mission of human birth.

Ones happiness and distress is dependant upon being accepted by ones society and peers. However, if one is a free spirit and behaves and thinks differently to the society’s norms then one is considered an oddity and is seen as a failure. Generally, success is measured by how much wealth, education or good looks one has and if one has none of these one is considered a failure. But real success in human life is to understand its purpose and then applying the principles learnt.

What do the Vedic scriptures say about our real identity? In the Bhagavad Gita this topic is dealt with right away in the second chapter and is called Sankhya Yoga, i.e. analytical study of our true identity. Chapter 2.13 says, “As the embodied soul continuously passes, in this body, from boyhood to youth to old age, the soul similarly passes into another body at death. A sober person is not bewildered by such a change.”

Here we are presented with two facts; one is the temporary nature of the body and the second is the eternal nature of the soul or our true identity.

This is the basis of re-incarnation. Later in the Gita, the gross body is designated as a vehicle for the soul. Normally people do accept the existence of the soul but they feel that inside our body is a soul. As if to say, that we are the body and within us is a soul which is driving us. On the contrary, the real understanding should be that we are the soul and we have a temporary gross body which will die, but the soul will never die.

The above might make sense but one may inquire, what about the existence of mind and intelligence. That is also covered in Gita and in the seventh chapter fourth verse where it says, Earth, water, fire, air, ether, mind, intelligence and false ego – all together these eight constitute my separated material energies.

Each of the three main layers has its particular nature and functioning. To understand each layer’s nature and then to employ them individually or harmoniously collectively for the day to day activities is called true religion or dharma. This has been presented very simply as an introduction but a serious reader should get a copy of Bhagavad Gita as it is, translated by, His Divine Grace A. C. Bhaktivedanta Swami Prabhupada, Founder Acarya of the International Society for Krishna Consciousness. By reading the Bhagavad Gita As It Is one would realise the universal principle behind ‘Who am I?’.